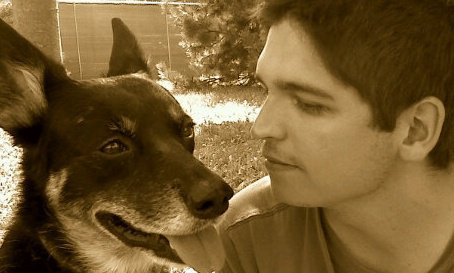 Mary Lu was first employed by the United States Steel Corporation at their Research & Technology Center in Monroeville, Pennsylvania as an Administrative Assistant.  While there, she met Charles Edward Oskin, Jr.  They took an immediate liking to each other and married on January 11, 1964.

As newlyweds, the couple resided in the Squirrel Hill neighborhood while Chuck completed his Engineering studies at the University of Pittsburgh.  Living in Squirrel Hill, their firstborn, Timothy Patrick, arrived on May 19, 1965.  The family eventually settled in Plum Borough, an Eastern suburb of Pittsburgh, and were joined by Deborah Lynn on April 6, 1967, and Christopher Thomas on July 22, 1969.  The Blue Ridge Road address remained the family home for 40 years.

Along with the Pittsburgh home, Mary Lu and family spent many enjoyable decades at their lake cottage on Conneaut Lake – first as weekenders and later as residents.  A devoted mother and wife, she never missed any of the children’s activities and often was the carpool driver for the neighborhood.  Her loving and supportive nature also poured into the welcoming of the people most significant in her children’s lives. The family further expanded when Chris married Debra Wright on April 4, 1992 and Tim married Tom Irvin on March 20, 2015.

The arrival of her only grandchild, Christian George Hare came on November 28, 2000. Her love for her family continued to grow with every moment, and the smile on her face could light up a room whenever she saw her grandson.  Mary Lu enjoyed Christian’s frequent visits, often spending time out on the golf course together.

Mary Lu started playing golf later in life after her children’s education was completed and, while not a scratch golfer, Mary Lu did have a hole-in-one while on vacation near the Outer Banks, North Carolina in 2004.  She was a longtime member of various golf groups including the Ladies of the Lake golf league in Conneaut Lake and looked forward to seeing her friends on a weekly basis.

Mary Lu and her husband had great experiences on numerous trips and cruises. Traveling throughout the United States and internationally to Africa, Alaska, Australia, the Caribbean, Europe, Mexico, and New Zealand.  They enjoyed life to the fullest, seeking new experiences and socializing with friends.  They were also accomplished self-taught dancers who loved disco.

Mary Lu was loving, caring and supportive of her family and friends.  She opened her home to her parents and in-laws when they were unable to care for themselves.  Always a gracious hostess, whether in Pittsburgh, Conneaut Lake, or The Villages, visitors were always welcome.  She took great pride in caring for others including making her famous meatballs and Christmas cookies, family favorites.

Mary Lu was a lifelong observant Catholic, the family’s spiritual guide, and a Godmother to many.  She was a member of Our Lady of Joy Parish in Plum Borough for 40 years.  Prior to that Mary Lu was the organist and soloist at St. Anthony’s Roman Catholic Church in Monongahela.   While in Conneaut Lake, she weekly attended Our Lady Queen of the Americas, and in The Villages, she attended St. Timothy’s Parish.

Mary Lu was the heart of her family.  She was the nicest person anyone could know and she never judged another person.  She brought a smile to your face and happiness in your heart.  She was cherished by her family and lifelong friends from Pittsburgh, Conneaut Lake and The Villages and led a life of kindness for which she will always be remembered. May God rest her soul.

Private family services were held on December 20, 2022.  In lieu of flowers, the family requests donations be made in her honor to a charity of choice.