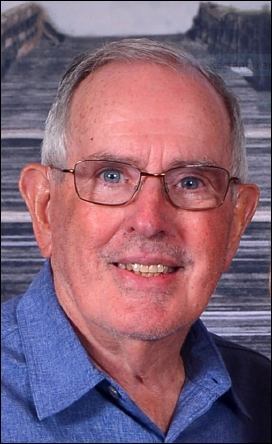 In loving memory of
William Warren

William “Bill” Warren passed peacefully at his home in Cape Coral, FL, surrounded by his family on
Thursday, March 10, 2022 after a brief illness. Bill was full of life, charm, had an exceptionalwit, and was
loved by everyone who met him. He always had a smile and a joke at the ready, a twinkle in his beautiful
blue eyes, and never met a stranger. His friends say he was a kind and generous soul and was always
willing to help others.
Bill was born in Lexington, KY to William H. Warren (“Pop”) and Edna (Wood) Warren, and was quickly
followed by 3 brothers, Robert (Bob), James (Jim) and Thomas (Tom).When Bill was 11, his “Pop”
married Wilma Pelfrey, and “Pop” adopted her son Michael (Mike), who was the youngest of the boys.
The band of 5 brothers was established, and fun and high jinx ensued wherever they went. As the
oldest, Bill was usually either at the center of the action or looking out for his younger brothers.
After Bill’s “Pop” married Wilma, the family moved to the east side of Indianapolis, IN, where Bill
graduated from Howe High School in 1959.
As a young man, Bill loved tinkering with cars and racing at local drag strips. He and his brothers rebuilt
many cars into hot rods. Bill was one of the co-founders of the Indy Hi-Winders car club and often raced
at Bunker Hill Drag Strip in Indiana, winning dozens of trophies. A brief first marriage resulted in the
birth of Bill’s first child, a daughter named Elizabeth (Liz).
Bill focused his lifelong passion for cars as a career, working for several car dealerships and meeting his
beloved wife of nearly 50 years, Marsha Lynn. He and Marsha had a son, William L. (Billy), and he
inspired Billy’s interest in cars, spending many hours together rebuilding cars in their garage. Bill and
Marsha went on to establish their own car dealership, Bill Warren Chevrolet Pontiac in Edinburg, IN.
Ever the entrepreneur, Bill sold the car dealership and started the next chapter of his career as a
contractor for NOW Courier, Inc., where he inspired many of his colleagues and was lauded for his
outstanding customer service.
Bill’s entrepreneurial spirit led him to many adventures. He loved working at auction houses on
weekends where he started, and added to, his many collections. He was also very handy around the
house and could fix anything. He and Marsha remodeled and decorated each of their homes by
themselves.
He was civic minded and received a 50-year Award of Gold Member of Centre Lodge #23, Grand Lodge
of Indiana Free and Accepted Masonsin 2019. Bill was also a member of the Scottish Rite Valley of
Indiana for more than 50 years, and a member of The Murat Shrine of Indianapolis starting in 1969,
where he was a member of the Shriners’ Mini-Mystics and drove the mini-cars in local paradesfor
several years.
Bill and his bride Marsha retired to Cape Coral, FL where they have enjoyed decorating their new home
and making new friends. Bill was very family-oriented, having weekly dinners with his brothers and
sisters-in-law for over20 years. Bill and Marsha also loved traveling all over the world, with cruising the
Caribbean and beyond their latest hobby.
Bill was preceded in death by his parents, Bill and Wilma, his birth mother Edna, his son, Billy, and his
brother Mike. He is survived by his bride, Marsha, his daughter Elizabeth of Los Angeles, CA (Ken), his
brothers Bob in Indianapolis, IN(Ruby), Jimin Cape Coral, FL (Janet), and Tom in Bradenton, FL (Sandy),
as well as dozens of cousins, nieces and nephews.
We are devastated with his passing and there will be forever a huge void in our lives. Bill was devoted to
his family, and was our beloved husband, dad, brother, uncle and friend, and will be terribly missed until
we meet again.
Services will be on Wednesday, March 23, 2022 at 11:00 a.m. at Baldwin Brothers Funeral and
Cremation Society, 4320 Colonial Blvd., Ft. Myers, FL 33966. Phone 239.308.9400. In lieu of flowers,
donations can be made in his name to the American Cancer Society or to a charity of your choice.