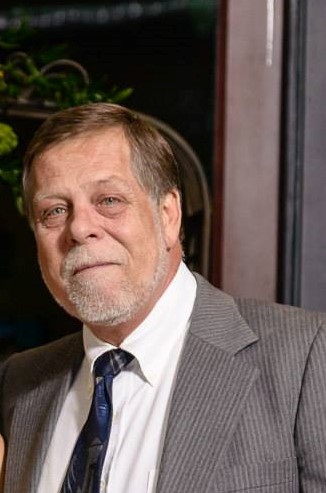 Dennis Ray Price
Mims, Fl – Dennis Ray Price 72 of Mims Florida passed away unexpectedly on Jan 17, 2022 at Parrish Hospital in Titusville Florida suffering a massive heart attack. Dennis was a loving husband, father, grandfather, brother and friend to all who know him and will be greatly missed. He was a loving and adoring husband to his high school sweetheart Ingrid K Price for over 44 years who passed away at the age of 62 on June 24, 2012. He was the son of the late George Cleo and Ethel Hopkins Price of West Columbia SC. He was employed with Echerer Painting Co of Columbia SC for 30 years while living in West Columbia SC where he and his wife Ingrid raised their two children Sheila Regina Price and Steven Ray Price both of West Columbia SC. Dennis and his wife Ingrid moved to Mims Florida in 1995 where they had first lived when they were kids and met in high school.
Surviving are his daughter Sheila Price (David Shirey) and Steven Price (Crystal Morris) of West Columbia SC. His surviving Grandchildren Chelsea Breen (Kerrick Breen) Calvin Roland, Shelby Rae Proctor (Zebulon Proctor). Great-Grandchildren Eleanor Breen, Nolan Breen, Callie Morris, Zoey Morris. Dennis’ surviving siblings include his twin sister Dianne Hall (Bill Hall) of Lexington SC, his brothers Gene Price (Brenda Price) Anthony Price ( Cookie Price) and Victor Price (Becky Price) all of Titusville Florida.
Some of Dennis ‘s favorite hobbies include hunting and fishing with his brothers and his son and grandson. He loved deep sea fishing, was a winning dart competitor and avid guitar player. Dennis spent his last years at Mims Moose Lodge as a member of LOOM he volunteered his time for the MooseCharities. He was governor in the early 2000’s at Mooselodge # 1962 in Mims Florida.
A Celebration of Life service will be held in his honor on Saturday Feb 19th at 5:00pm at The Moose Lodge # 1962 located at 3264 N US 1, Mims, FL 32754